POPULAIRE to make US debut! 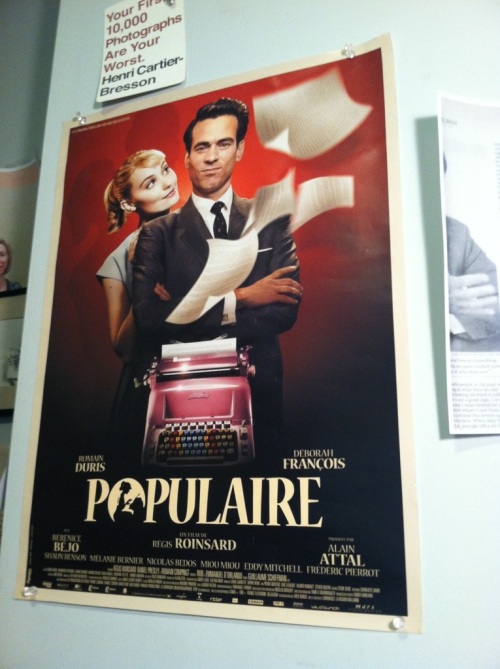 THE CHIC FRENCH ROM-COM WITH A SPEED-TYPING COMPETITION AT ITS HEART comes to New York Feb. 28. The New York Times reports that “Populaire”, about a “high-speed typist and her debonair boss” will come to the Paris Theater as part of a French film series.

Even better: the Weinstein Company will bring “Populaire” to the U.S. as a feature film, with a July release scheduled.

Just a place holder on their site, but here’s a link to the press kit for “Populaire.”  Have contacted Weinstein Co. about opening night type-ins!  Check those thrift stores for red carpets.  I suppose we should send some letters of encouragement to HWC for ITAM:

3 responses to “POPULAIRE to make US debut!”